Speaking to Peacefmonline, brother of the actress, Robert Chinery, said she passed away on Wednesday, June 10 at the Korle Bu Teaching Hospital.

He said she had been ill for some months but things got worse and she was rushed to the Hospital but died upon arrival.
Robert Chinery told the online portal that the 53-year-old died of complications from high blood pressure.

Beatrice Chinery with the cast of Jamestown Fisherman
The veteran shot to fame for her role in popular television series Kejetia in the early 2000s.

She went on to feature in other movies including Jamestown Fisherman and YOLO. 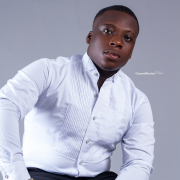 “Lean On Me” Singer Bill Withers Dies At 81